Bear with me, friends, I have hours of video to go through and edit. I’ll git r done, I promise. In the meantime, here’s my assessment of the latest Ministry of Truth meeting (Fairfax County FLECAC, 12 Apr 2018).

So, the meeting was a little boring at times. (Scroll to the bottom or click HERE if you want to see Laura Murphy’s excellent not-boring speech.) This voting member–who made sure to vote in lockstep with Lawyer Dan and his (read: Robert Rigby’s) agenda pretty much every time–put on the Caps hockey game:

I almost didn’t blame him for it. But since he’s a gender ideologue drone who wants to brainwash children with lies, I decided to call him out.

Come on, man. These are kids’ MINDS we are talking about here. Can’t you pay attention for an hour or two?

And look, we get it, Lawyer Dan. You really like the idea of kids having sex and you want to make sure the school system normalizes kids having sex. You made it quite clear at the last meeting.

And, no, Alex, there is no such thing as a healthy relationship between kids that involves sex. And I say that as someone who as a teen did have sex while in a monogamous long-term relationship and did not experience dating violence in high school.

What we do with our bodies MATTERS. It not only affects us physically, but there are always emotional and psychological consequences (neuroplasticity, remember?), and especially when we are still in the throes of puberty—a complicated and confusing time thanks to hormones and continued brain development. Kids are not small adults.

Physical, emotional and psychological consequences can also result from having an abortion. Stop invalidating the experiences of so many women post-abortion who struggle with it, sometimes visibly and sometimes in unseen ways. Lying to women about what an abortion is, in order to make them feel better about it, is wrong. That’s not a teratoma growing inside her womb, Alex. That’s her offspring.

I wish these people would just come right out and say what they truly believe:

There was some interesting back-and-forth discussion regarding the listing of “clergy” as a possible trusted adult who students should talk to if they had any questions or concerns about their sexuality or gender identity. It slipped out that the gender ideologues see clergy as a judgmental enemy, and even a liberal faith community representative took issue with it (although she had no problem voting in lockstep with the gender ideology agenda later).

Moving right along…..yes, Big Man in a Dress, I saw you. I couldn’t help but notice when you brushed against me twice after the meeting was over. What you are supporting that this school system teach to kids is abominable. The gender ideology language sows confusion in young, developing minds.  You’re teaching them that the body doesn’t matter—all that matters is what Mr. Potato Head feels on the inside. And then they can just exchange body parts to match whatever the heck is going on in Mr. Potato Head’s head. 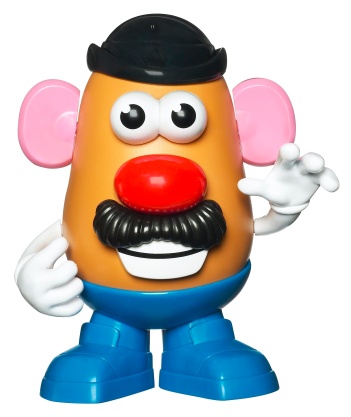 Beautiful, sensitive children get caught up in this insanity. And they (or rather, their parents and doctors) do terrible things to their bodies in pursuit of the Mr. Potato Head lie. The use of puberty blockers in children with perfectly healthy bodies has risen exponentially over the last decade.

Look at this, the parents decided that a gender non-conforming girl (I was one of those girls once I hit about age 9) was a boy on the inside:

You know what saved me from the distress of feeling awkward and rejected by classmates? It wasn’t my parents giving me some bizarre gender identity to obsess about. You know what they did? They bought me an ancient swayback ranch horse and dropped me off at the stables for hours at a time so I could devote my time and “masculine” energy to something OUTSIDE OF MYSELF.

The show I Am Jazz, which the LGBT activist community celebrates as a wonderful way to normalize transgenderism, exposes the psychological, physical, and sexual trauma being inflicted on children thanks to the mistaken belief that a girl can be born in a boy’s body (and vice versa).

Jazz is a beautiful, sensitive kid. All he wanted as a little boy (and I mean, like 3 or 4 years old) was to be pretty and to be the center of attention like the females in his family. (Take one look at Grandma and no more needs to be said.) And he was led to believe that in order to do that, he had to be a girl.

Now he has been permanently sterilized thanks to puberty blockers at age 11 and estrogen “therapy” starting at age 12.  He is overweight, depressed, and on national television discussing his inability to have an orgasm and the possibility of needing tissue expanders to stretch out his scrotum in preparation for castration and penile deconstruction. 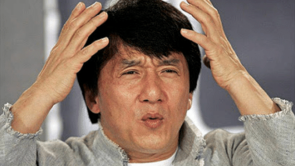 And you, Big Man in a Dress, married a lovely woman and fathered beautiful children. You got to lead a normal life with your bodily integrity intact. But that’s not the life you want for these kids struggling with sex stereotypes and the common stresses associated with adolescence. You advocate turning them into lifelong medical patients with infertile bodies.

And this all starts with the Big Lie: “sex assigned at birth.”

Laura Murphy was incredible last night. I have combined both parts of her speech so that it flows smoothly without interruption. The Drones of FLECAC did not want to give her even a few more minutes to finish her speech—voting down her request for more time—but she was given an opportunity later thanks to the committee meeting rules.

If anyone’s got a copy of the handout she gave to the committee members, could you get it to me? (See Contact page.)

A couple of committee members later revealed the true agenda behind the “sex assigned at birth” terminology. ( A number of videos are now up on YouTube. A couple more are pending.) This change in language has nothing to do with scientific or medical accuracy. It has everything to do with gender ideology. This is ideological speech being imposed upon the developing minds of adolescent students, and they basically admitted it.

One thought on “The Ministry of Truth Rules: We’re All Just Potato Head People”