According to Psychology Dictionary, object choice is:

with regard to psychoanalytic theory, the choosing of an individual toward whom libido or psychic energy is directed or pulled.

OBJECT CHOICE: “Every time someone approaches another person with the intent of physical or romantic contact with them, object choice is inferred.”

The American Psychiatric Association’s Diagnostic and Statistical Manual of Mental Disorders (DSM-5) refers to pedophilia as a sexual orientation towards prepubescent children and only considers it to be a disorder if the person feels distress about it and/or acts upon his feelings. 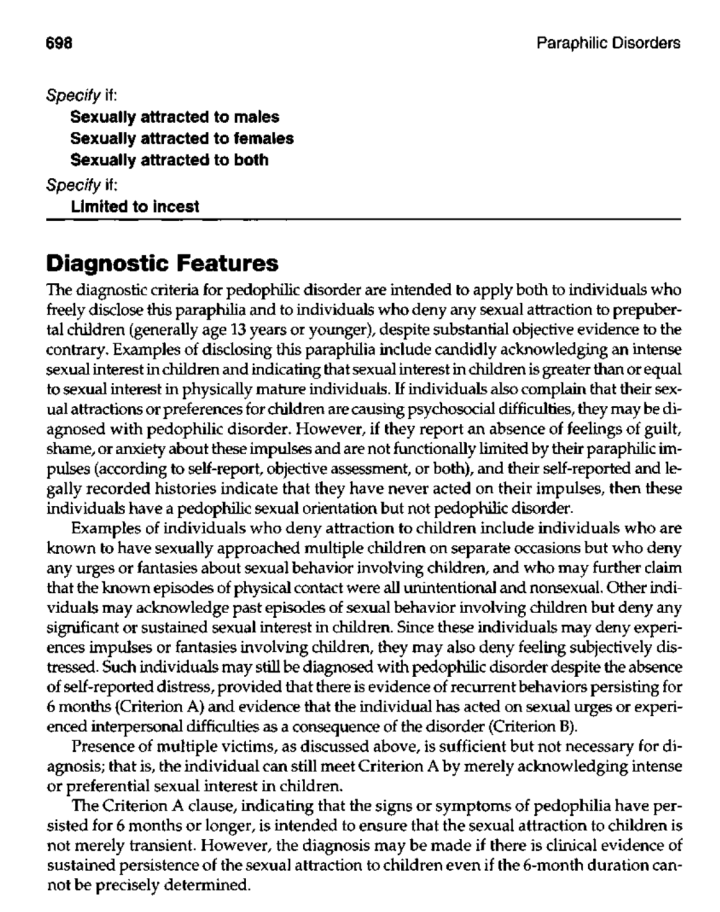 Ray Blanchard, Ph.D. (sexologist) served as the Chair of the Paraphilias Subworkgroup for DSM-5 and had this to say about the rejection of his recommendations to include hebephilia under pedophilic disorder (pedophilia in DSM-4):

Resistance came from various quarters, including people who wanted all paraphilias removed from the DSM, hebephiles who opposed the explicit listing of hebephilia as a mental disorder, and forensic psychologists and psychiatrists who viewed all proposed changes in clinical diagnosis in terms of their anticipated (or fantasized) consequences in the courtroom.

You can read the whole thing HERE, but he concludes with the following statement:

Hebephilia (sexual attraction to early pubertal children) is not included in the DSM 5.

One thought on “De-pathologizing Pedophilia”